The Girl of Sugar Beach is the most watched documentary in television history—a riveting, true-life mystery that unfolds over twelve weeks and centers on a fascinating question: Did Grace Sebold murder her boyfriend, Julian, while on a Spring Break vacation, or is she a victim of circumstance and poor police work? Grace has spent the last ten years in a St. Lucian prison, and reaches out to filmmaker Sidney Ryan in a last, desperate attempt to prove her innocence.

As Sidney begins researching, she uncovers startling evidence, additional suspects, and timeline issues that were all overlooked during the original investigation. Before the series even finishes filming, public outcry leads officials to reopen the case. But as the show surges towards its final episodes, Sidney receives a letter saying that she got it badly, terribly wrong.

Sidney has just convinced the world that Grace is innocent. Now she wonders if she has helped to free a ruthless killer. Delving into Grace’s past, she peels away layer after layer of deception. But as Sidney edges closer to the real heart of the story, she must decide if finding the truth is worth risking her newfound fame, her career . . . even her life. 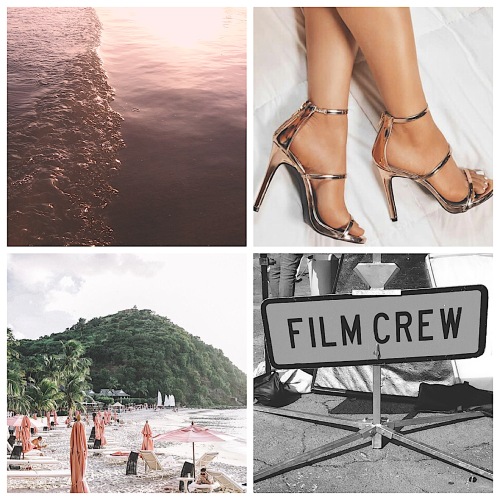 Admit it, you’re just as intrigued in the wave created by the media of the onslaught of true crime documentaries today. Whether it’s a TV show like Making A Murderer or a podcast like Serial, these investigations into convicts who claim their innocence are a huge hit among viewers (and listeners), young and old alike. Why should it be different for readers? Instead of leaving this to true crime books, authors have begun to delve into the fictional world to create stories very similar to the real life hits. Full disclosure- I’m a sucker for these type of stories, but I have to say that this was one of the most intriguing and well written narratives I’ve come across yet.

I’ve been a huge fan of Donlea’s for years now, and I swear he gets better with each book. Summit Lake was a memorable debut and a fun mystery to try and solve. The Girl Who Was Taken had a similar feel to this latest novel, more of a psychological thriller sprinkled with YA themes that appealed to adults as well. I was pleased as punch to see that Dr. Livia Cutty makes a generous cameo in DBI, as she was a favorite character out of all the books I read last year. Don’t Believe It is Donlea’s most compulsive and explosive novel so far, and once you read it you’ll see for yourself just why everyone is raving about it.

Go in blind people. Don’t skim tons of reviews before picking this up. Don’t go searching out “just a little more info”, because you truly want to be surprised and shocked here. I don’t want to post anything remotely spoiler-related here, so I’ll just make some vague observations. I love the past and present POVs that we receive here; the beginning is gripping and makes the reader wonder just how anyone could question this woman’s guilt, but as we read on, we see that not all is as it appears to be at first glance. There are so many great threads that eventually come together in the end, and I’m pleased to say there was a twist used near the finale that secured the 5 STAR rating for me. It’s a twist that, surprisingly, isn’t used frequently, but one that ALWAYS manages to catch me off guard.

If you enjoy a good psych thriller that feels equal parts mainstream and indie, add this to your list. You NEED this. I found I couldn’t turn the pages quickly enough and unravel the story as fast as I’d liked. It’s the type of book that you initially want to absorb via osmosis, but also don’t want it to end so quickly because it’s so fun to read. This book was current, relevant, and highly entertaining. Once again, I can’t wait to read what Donlea works on next!

*Many thanks to the author and publisher for providing my review copy.

7 thoughts on “Review: Don’t Believe It”