Well, I know you’ve already had a March update from me regarding NetGalley , but I couldn’t wait to share the latest four books I acquired! I know I know, I have a problem. You’ve already seen two of them recently in my Spring TBR line up, but I’m sharing them all together just the same. Since I only have a few to share, I decided to include the description alongside the cover art of each in case you’d like to know more about them. What have you received lately from NetGalley? 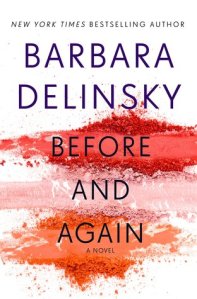 Mackenzie Cooper took her eyes off the road for just a moment but the resulting collision was enough to rob her not only of her beloved daughter but ultimately of her marriage, family, and friends―and thanks to the nonstop media coverage, even her privacy. Now she lives in Vermont under the name Maggie Reid, in a small house with her cats and dog. She’s thankful for the new friends she’s made―though she can’t risk telling them too much. And she takes satisfaction in working as a makeup artist at the luxurious local spa, helping clients hide the visible outward signs of their weariness, illnesses, and injuries. Covering up scars is a skill she has mastered.

Her only goal is to stay under the radar and make it through her remaining probation. But she isn’t the only one in this peaceful town with secrets. When a friend’s teenage son is thrust into the national spotlight, accused of hacking a powerful man’s Twitter account, Maggie is torn between pulling away and protecting herself―or stepping into the glare to be at their side. As the stunning truth behind their case is slowly revealed, Maggie’s own carefully constructed story begins to unravel as well. She knows all too well that what we need from each other in this difficult world is comfort. But to provide it, sometimes we need to travel far outside our comfort zones. 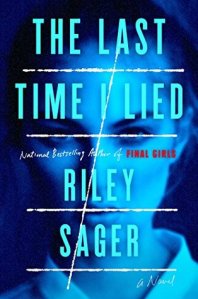 Two Truths and a Lie. The girls played it all the time in their tiny cabin at Camp Nightingale. Vivian, Natalie, Allison, and first-time camper Emma Davis, the youngest of the group. The games ended when Emma sleepily watched the others sneak out of the cabin in the dead of night. The last she–or anyone–saw of them was Vivian closing the cabin door behind her, hushing Emma with a finger pressed to her lips.

Now a rising star in the New York art scene, Emma turns her past into paintings–massive canvases filled with dark leaves and gnarled branches that cover ghostly shapes in white dresses. The paintings catch the attention of Francesca Harris-White, the socialite and wealthy owner of Camp Nightingale. When Francesca implores her to return to the newly reopened camp as a painting instructor, Emma sees an opportunity to try to find out what really happened to her friends.

Yet it’s immediately clear that all is not right at Camp Nightingale. Already haunted by memories from fifteen years ago, Emma discovers a security camera pointed directly at her cabin, mounting mistrust from Francesca and, most disturbing of all, cryptic clues Vivian left behind about the camp’s twisted origins. As she digs deeper, Emma finds herself sorting through lies from the past while facing threats from both man and nature in the present.

And the closer she gets to the truth about Camp Nightingale, the more she realizes it may come at a deadly price. 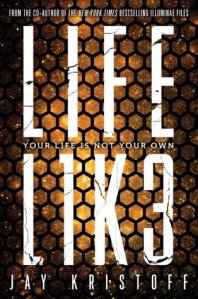 On an island junkyard beneath a sky that glows with radiation, a deadly secret lies buried in the scrap. Seventeen-year-old Eve isn’t looking for trouble-she’s too busy looking over her shoulder. The robot gladiator she spent months building has been reduced to a smoking wreck, she’s on the local gangster’s wanted list, and the only thing keeping her grandpa alive is the money she just lost to the bookies. Worst of all, she’s discovered she can somehow destroy machines with the power of her mind, and a bunch of puritanical fanatics are building a coffin her size because of it. If she’s ever had a worse day, Eve can’t remember it.

The problem is, Eve has had a worse day–one that lingers in her nightmares and the cybernetic implant where her memories used to be. Her discovery of a handsome android named Ezekiel-called a “Lifelike” because they resemble humans–will bring her world crashing down and make her question whether her entire life is a lie.

With her best friend Lemon Fresh and her robotic sidekick Cricket in tow, Eve will trek across deserts of glass, battle unkillable bots, and infiltrate towering megacities to save the ones she loves … and learn the truth about the bloody secrets of her past. 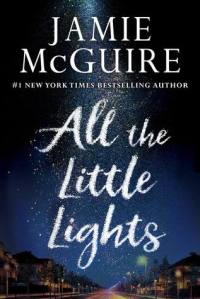 The first time Elliott Youngblood spots Catherine Calhoun, he’s just a boy with a camera, and he’s never seen a sadder and more beautiful sight. Both Elliott and Catherine feel like outcasts, yet they find an easy friendship with each other. But when Catherine needs him most, Elliott is forced to leave town.

Elliott finally returns, but he and Catherine are now different people. He’s a star high school athlete, and she spends all her free time working at her mother’s mysterious bed-and-breakfast. Catherine hasn’t forgiven Elliott for abandoning her, but he’s determined to win back her friendship…and her heart.

Just when Catherine is ready to fully trust Elliott, he becomes the prime suspect in a local tragedy. Despite the town’s growing suspicions, Catherine clings to her love for Elliott. But a devastating secret that Catherine has buried could destroy whatever chance of happiness they have left.