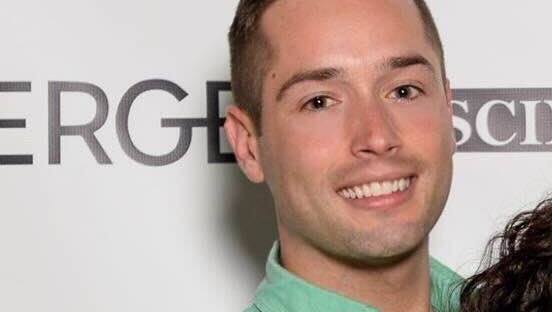 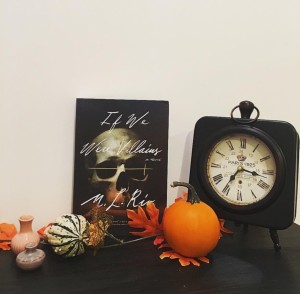 On the day Oliver Marks is released from jail, the man who put him there is waiting at the door. Detective Colborne wants to know the truth, and after ten years, Oliver is finally ready to tell it.

Ten years ago: Oliver is one of seven young Shakespearean actors at Dellecher Classical Conservatory, a place of keen ambition and fierce competition. In this secluded world of firelight and leather-bound books, Oliver and his friends play the same roles onstage and off: hero, villain, tyrant, temptress, ingénue, extra. But in their fourth and final year, the balance of power begins to shift, good-natured rivalries turn ugly, and on opening night real violence invades the students’ world of make believe. In the morning, the fourth-years find themselves facing their very own tragedy, and their greatest acting challenge yet: convincing the police, each other, and themselves that they are innocent.

If We Were Villains is an intoxicating, modern day tragedy that spectacularly shows the effects that loyalty, betrayal, jealousy, and rage can affect not only yourself, but everyone around you. Oliver Marks has been released from jail after serving a ten year sentence. Detective Joseph Colborne sits down with Oliver and simply just wants to know; “Why?”

Flashback to the moment of truth, we are introduced to Oliver and his actor friends; Richard, Meredith, Wren, Filippa, Alexander, and lastly, James; attending an elite drama school for the gifted. These young adult students (think college age) are driven, obnoxious, privileged, and desperate to succeed at all costs. As their tenure at the school progresses, their roles on stage start to become their roles off stage. As competition begins to get more intense, inner demons and drastic measures are taken, leaving people to face their deepest and darkest secrets.

If We Were Villains is a beautifully written and tragic masterpiece. M.L. Rio’s debut novel miraculously intertwines Shakespeare, love, and betrayal so effortlessly that I could not put the book down. I was drawn in originally by the cover and the title of this novel, but I stayed because of the story. I can’t wait to see what M.L. Rio comes up with next. 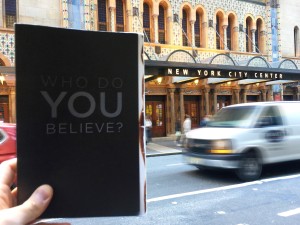 In the hushed aftermath of a total eclipse, Laura witnesses a brutal attack. She and her boyfriend Kit call the police, and in that moment, it is not only the victim’s life that is changed forever. Fifteen years on, Laura and Kit live in fear, and while Laura knows she was right to speak out, the events that follow have taught her that you can never see the whole picture: something, and someone, is always in the dark.

I’m torn between 3.5 stars and 4 stars with this one so I’ll round up.

Erin Kelly’s He Said/She Said creeped me out to my core! After arriving to a festival for eclipse chasers (which I just found out recently was athing), Laura and her boyfriend Kit witness a violent attack. After calling the police, the couple is immersed in a highly publicized court case and stand to provide testimony that could irrevocably change a person’s life. Laura ends up getting herself more involved in the case than she should be, permanently lodging herself within the framework of the case permanently. Years pass and Laura and Kit arestill completely unhinged due to the aftermath of this situation. Their lives are being lived with a shadowy eye always watching. How did they get to this point?

He Said/She Said is a brilliantly written mystery novel for anyone who wants to be left speechless after being tricked by Ms. Erin Kelly’s plot twists and turns. As the synopsis says, you may think you know, but you can never see the whole picture. Ms. Kelly takes that theme and runs with it throughout the novel, taking the storyline and turning it on its head. This is a slowburn with a lot of exposition, which definitely provides you a link to the backstories of these characters. The story provides alternate POVs, but with unreliable narrators (which I love), don’t be too sure you know what’s happening until you gather your thoughts based on both POVs. Not everything is what it seems. 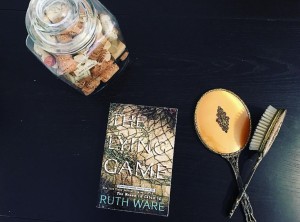 On a cool June morning, a woman is walking her dog in the idyllic coastal village of Salten along a tidal estuary known as the Reach. Before she can stop him, the dog charges into the water to retrieve what first appears to be a wayward stick, but to her horror, turns out to be something much more sinister…

The next morning, three women in and around London—Fatima, Thea, and Isabel—receive the text they had always hoped would NEVER come, from the fourth in their formerly inseparable clique, Kate, that says only, “I need you.”

The four girls were best friends at Salten, a second rate boarding school set near the cliffs of the English Channel. Each different in their own way, the four became inseparable and were notorious for playing the Lying Game, telling lies at every turn to both fellow boarders and faculty, with varying states of serious and flippant nature that were disturbing enough to ensure that everyone steered clear of them. The myriad and complicated rules of the game are strict: no lying to each other—ever. Bail on the lie when it becomes clear it is about to be found out. But their little game had consequences, and the girls were all expelled in their final year of school under mysterious circumstances surrounding the death of the school’s eccentric art teacher, Ambrose (who also happens to be Kate’s father).

I was so excited to pick up Ruth Ware’s The Lying Game , as The Woman in Cabin 10 was one of my favorite reads of this year. Let me tell you right now, if you’re expecting The Lying Game to be another iteration of the same story, you will be un/pleasantly surprised. I say it that way because, this story is told in a very different tone and manner than Ware’s last two works so you might be caught off guard. The Lying Game starts off with Isa Wilde and her family, where she receives a text from her friend Kate – “I need you.” – Immediately, Isa packs up and heads back to Salten, a boarding school set by the English Channel, where Kate resides by. June meets up with Kate and her other high school best friends Fatima and Thea to uncover mysteries surrounding their time at Salten, and reveal the truths about the effects of their dangerous game that they played; the lying game. As the story unfolds, the reader learns a lot about each character without it going too deep into non-relevant characterizations. The best part about this book is the feeling of girl power that I got while reading. I think it’ll serve a nice purpose in that aspect.

The Lying Game is more of a teen drama than a thriller or mystery to me and it was too much of a slow burn for me to actually enjoy that much. It’s not to say that you won’t enjoy it, because I can tend to be stuck in my own mindset of what I enjoy with books. Ruth Ware’s writing is one of the many reasons why she can slap me in the face, and I’d keep coming back for more. I will be back for the next Ruth Ware novel!

🎉 5 Paperback Copy Sweepstakes! • Dennis and I are so excited to be partnering with Picador to offer 5 copies of the paperback release of Angie Kim’s outstanding novel, MIRACLE CREEK. This giveaway will be limited to US only, so if that’s you then just follow the steps below: 👇🏻👇🏻👇🏻 • -Must be following @suspensethrill , @scaredstraightreads , and @picador . -Like this photo and tag 3 friends in a comment. You can do this an unlimited number of times on my post and @scaredstraightreads post to double your chances! -For bonus entries, share this post in your stories, just don’t forget to tag us so that we see it! • That’s it! Giveaway is not associated with Instagram and winners will be chosen on Friday, April 10. • • #giveaway #sweepstakes #bookstagram #paperback #angiekim #miraclecreek #fiction #goodreads
🌹🐍 Hip Hip Hooray, my Rose & Adder order arrived today! • • This isn’t a sponsored post; I just really love @roseandadder ‘s candles. The scents, detailing, and packaging are all high quality and long lasting, and I love the wood burning wick! Again, not a sponsored post, just wanting to bring some attention to small businesses I believe in during this tough time. • • Fun fact: if you bought the Call Down the Hawk box from Owlcrate in 2019 and loved their Nightwash scent, this Baba Yaga candle smells almost identical! • • >BABA YAGA- BlackBerry, Sage, and Wood Smoke >LOKI- Coconut Milk and Cinnamon Leaf
It’s Friday, and it’s time to bring back #jennsrainbowchallenge ! • • As you can tell *ahem* we took some liberties with our friend ROY-G-BIV, but I think a little pink never hurt anyone! 🤣 The Bookstagram community has been such a fundamental part of my life for many years, and I’m so grateful that we can still “gather” here even though we are far apart in distance. I hope everyone is doing ok and staying home. ❤️🧡💛💚💙💜🖤🤍🤎💖 Tagging some friends who I want to spread some sunshine to! • • Ps, thanks @wonderchick40 for this lovely monogram wooden sign! I love it! • • #bookstagram #friday #bookstagrammer #fridayvibes #goodmorning #rainbowstack #rainbow #stayhome #colorful #bookstagramfeature #monogram #wooden #booksbooksbooks #goodreads #bookchallenge #weekend #goodvibes #booknerdigans #bookgram #bookphotography #bookpic #booktography #bookish #booklove #april #booksconnectus
Hello friends, and happy World Autism Acceptance Day! 💙❤️🤎 • • I was planning on telling McKenna’s story and sharing some statistics, but this year something unique occurred for us. This is the first year that my oldest daughter, McKenna, has understood that she is on the spectrum and what it means. She requested to choose the color stack that I posted and which books to put in. After we finished doing this photo together, she asked if she could do a “meet the bookstagrammer”, McKenna edition. So without further ado, please welcome my first baby to this wonderful community. 🤩😭 (And swipe for a picture of M after today’s playing with makeup) • • 1) Favorite color? - Blue 2) Favorite food?- Chicken 3) Favorite hobby?- Drawing 4) Favorite book? - The Lion, the Witch, and the Wardrobe 5) Favorite subject in school? - Math • • Thank you to everyone who’s been sharing their stacks today; we’ve loved seeing them!